Two Can Play That Game

So you may remember that last fall Diane made me the most adorable red & white chicken pincushion, who quickly became our project mascot.  Well, I’ve been planning my return volley for some time now.  Diane and I both loved the simple-but-perfect red and white “wave” quilt in the Infinite Variety Show: 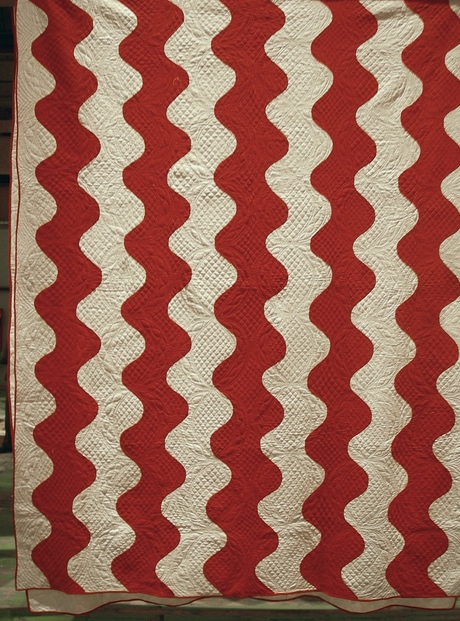 We joked that it would be so easy to make it as a miniature: all you’d need is a few yards of red rickrack!   So when I found out that Diane’s birthday was coming up in July, I thought I’d test our theory.  City Quilter has some terrific giant rickrack, and the result was this wacky red and white “mug rug”: 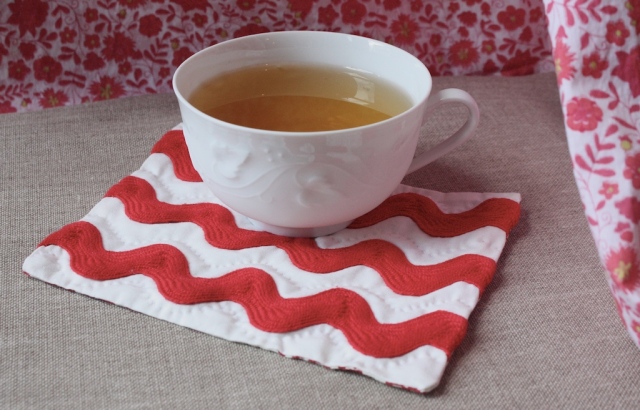 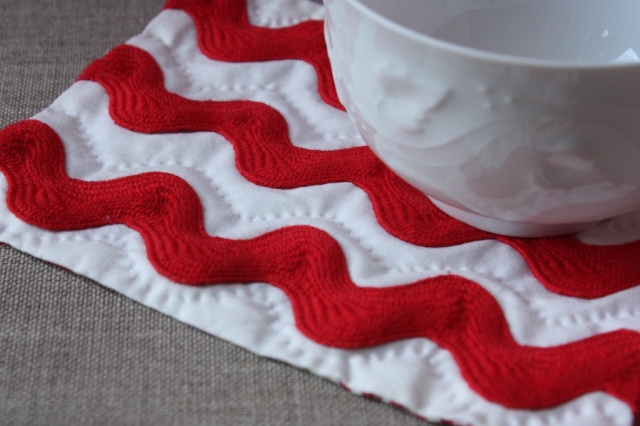 I used MM Couture Cotton and Thermore and put a piece of our Infinite Gratitude alphabet print on the back.  A dash of handquilting and it was all done!  To be fair, it’s all about proportion:  the rickrack didn’t have exactly the same curve as the wave in the large quilt, so it’s wasn’t possible to fit it in a rectangle with the same number of rows.

Update: Now that’s she’s received it, Diane says it is NOT a mug rug, or at least she won’t be using it as one.  Something about making a wall of miniature quilts in her new apartment.   Gosh, this presents even more possibilities.  Could this become a grand new obsession?  Quilts even tinier, fussier, and more semper tedium than Dear Jane?  Hmmmm….

This entry was posted in Uncategorized. Bookmark the permalink.

Row and Back Again

A Month of Rowing in New Zealand

A New Mom's Attempts and Successes At Cooking Clean